Leaving care comes with many well documented challenges for young people.  Housing, healthcare, and education/employment are the three biggest obstacles they must overcome, according to education secretary Gavin Williamson.

For children with few trusted people in their life to rely on, the thought of moving to independent or semi-independent housing is a frightening proposition.

Even for children who have never been in care, leaving home and spreading your wings is an anxiety-ridden experience.

For National Care Leavers’ Week we took an in-depth look at what that process is like for Harry, a young person who lived in one of our residential children’s homes.

Harry’s journey to semi-independence (in the form of his own flat) is described here by the adult caregivers who supported him.

There were some bumps along the road, but overall, this transition was hugely positive.

Harry moved to our children’s home in the early part of 2017.  At the time he needed support for his mental health, particularly his self-worth, identity, and emotional resilience.

A focus of his placement was helping him develop the necessary life skills and understanding to build a future.  We had to ensure Harry could support his own needs as he did not have reliable family to be supportive in his adult life.

Undertaking life skills and key work throughout his placement gave Harry lots of developmental opportunities in a safe supportive environment.

To begin with, he was reluctant to engage in this process which did cause some stalling.  But as his 18th birthday drew closer, Harry realised this process would happen regardless of his level of engagement.  He then started fully engaging to give himself the best chance of success.

Harry’s life experience has caused him to have limited trust in adults, low self-esteem, and low confidence.  This greatly impacted on his resilience, feeling fearful of his ability to care for himself post 18.

Many children come into care suffering from childhood trauma or adverse childhood experiences, and Harry was no exception.  To overcome these hurdles, young people need therapeutic approaches tailored to their individual needs.

Secure Base Model – A Therapeutic Approach

Throughout all Family Care services we use the Secure Base model.  The model is drawn from attachment theory and adapted to include an additional element; ‘family membership’, for children who are separated from their birth families.

The use of a therapeutic model day-to-day helped us consistently evidence and prioritise Harry’s needs.  It underpinned the support we offered in a clear and manageable way via the 5 key elements (see diagram below). 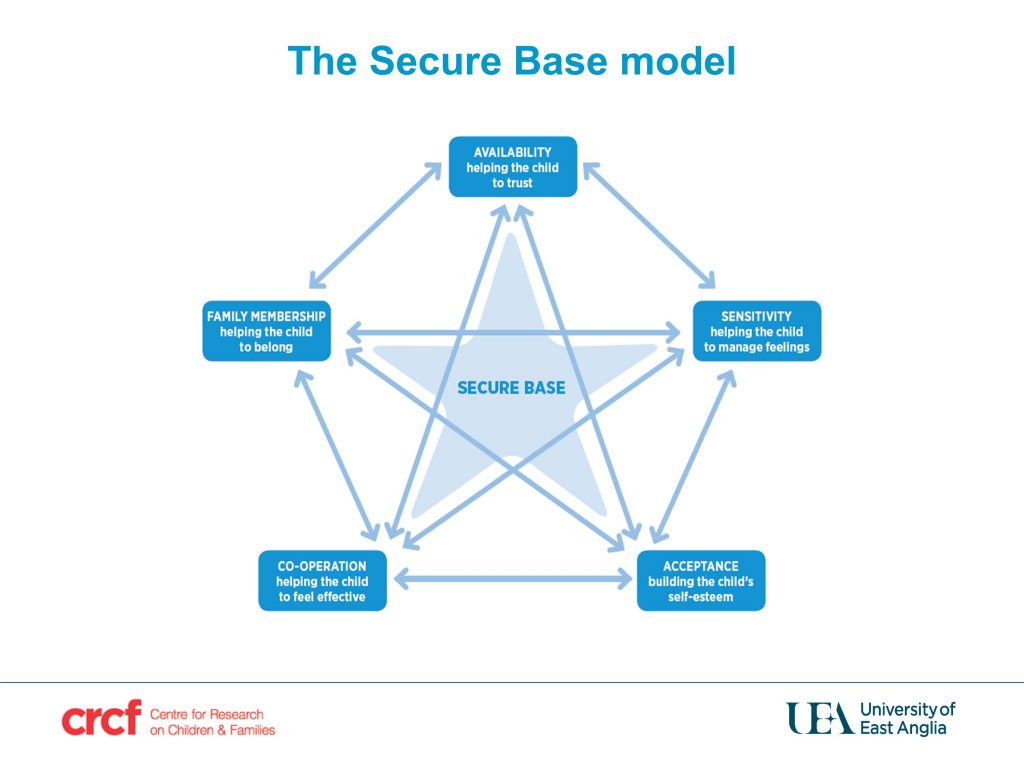 Working towards positive outcomes and permanency for Harry post-18 needed a clear and structured approach.

His placement was managed in phases.  We used regular goal setting to evidence his progress and ensure the process was working.  This was not evidence for us, it was evidence for Harry and very important he could identify his own progress.

The Secure Base model supported a holistic approach to Harry’s care.

Under the 5 key elements we would identify specific areas to focus on.  As a result of this approach, he developed necessary skills and resilience that he will need in his adult life.

He was able to sustain relationships with his adult caregivers and enhance his self-esteem.  His progress enabled him to move to a transition phase in preparation for his next placement.

This marked the final phase of Harry’s time with Family Care.

Throughout his placement he benefitted enormously from ongoing key work and life skills to support his emotional development, and from plentiful learning opportunities to build resilience and self-worth.

This final phase concentrated on understanding Harry’s expectations of life as an adult.

Residential Childcare Workers supported him to become independent within the home.  He was expected to manage his money within an agreed budget allowance, similar to what he would receive once moved into his semi-independent provision.

He was also expected to use public transport, engage in the wider available services in the local area, and take responsibility for attending his education/work provision.  This phase started approximately 6 months before he was due to move on.

Harry required a high level of support to meet and sustain this expectation.  Transitioning to independence is a challenge for any young adult, even moreso for young people who have experienced emotional trauma, childhood difficulties, and attachment loss.

With consistent therapeutic approaches, staff helped Harry become self-reliant by evidencing what to do in stages.  Once he evidenced a good understanding, focus would move on until all necessary areas were covered.

Within this phase Harry also took driving lessons and passed his driving test!  The funds were provided by the Williamson Children’s Trust, a charity that financially supports young people who have been in a Family Care provision for one day or more.

Having a driving license will enable Harry to seek additional job opportunities and further supports his own independence.  He recognised how fortunate and helpful this would be.

It is fair to say that accessing this financial support will have a hugely positive impact on Harry’s future, as it has for many other young people.

Supportive Roles from Other Services

Harry was allocated a personal adviser (PA) in accordance with his 16+ local authority social work placement.  This supported him to complete the moving on process and have opportunities to identify, apply and view suitable placements.

He was entitled to a leaving care grant and he saved weekly within his budget.  This enabled him to purchase all necessary items to furnish his new home.

Following his move, Harry would have on-site support staff offering an agreed support system of a few hours personal time per week, as well as his social worker and PA visiting at agreed intervals. This is in line with the general norm for young adults moving out of care.

The home and the PA worked closely together to show Harry his wellbeing was at the forefront of all decisions made.  He was able to seek support from everyone with a consistent approach.

For National Care Leavers’ Week 2020, children’s charity Become are campaigning to raise awareness of the ‘Care Cliff’.  Over 10,000 young people leave care every year and many suffer from a lack of further support.

Thankfully for Harry, he would have ongoing support on-site, and support available from Family Care staff who cared deeply for his future.

Harry was put on a waiting list after choosing a suitable placement.  This was to be a short time frame as a flat quickly became available, which gave a limited time to plan his move.  He was issued with keys and given one week to move in, common timeframes for many children leaving care.

Harry felt this was not long enough with both the new placement and LA agreeing that he could have longer.  Moving on is difficult for any young person.  By affording him this additional time, it provided the space to adjust to the move and supported his emotional needs.

After 3 years with Family Care, Harry felt it was his home so naturally the move was going to be difficult.  Given a choice, he would have preferred to stay in the familiar supportive environment for as long as he could. 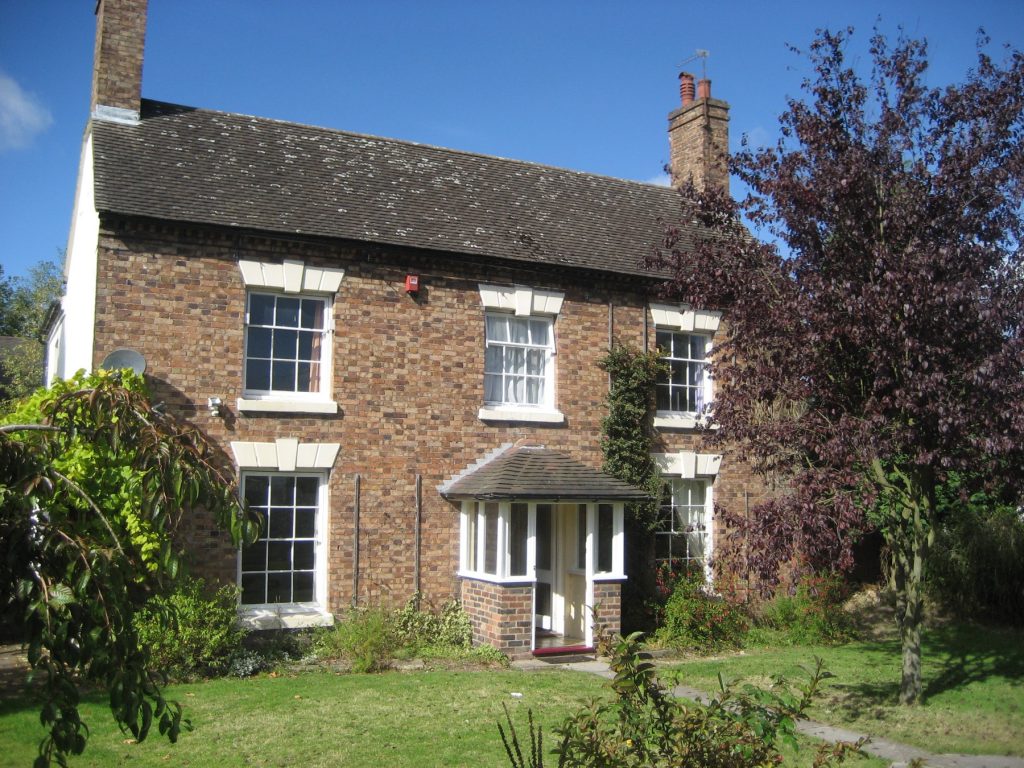 Picture from one of our residential children’s home

Staff consistently explained the benefits of having his own place, with all those annoying restrictions of a children’s home removed.  These benefits and reassurances from trusted adults were crucial for Harry.

After receiving the key to his 1-bed flat, we provided care and support to make his early days as easy as possible.  This helped him to adjust.  His cupboards were stocked with food and he was provided with basic cleaning supplies.

Harry’s flat was within a supported accommodation provision specialising in supporting young adults.  This was somewhere he would be able to stay for the next few years.

We helped him to clean his flat and purchase necessary furnishings.  He was also able to take furniture from his old bedroom which supported an ongoing sense of belonging and ownership.

Our staff helped him with decorating and personalising the flat so that he felt at home.  Harry needed to feel safe and settled to support his emotional wellbeing.

Being able to manage himself was an important part of the moving on process.  With encouragement from staff, Harry spent time on his own there to get used to being independent.

The likely success of his placement does hinge in part on Harry being able to settle and manage his daily life.  Staff at his provision made themselves available to support, ensuring he understood the terms & conditions of his tenancy and the process for paying bills to access household necessities, such as electricity.

Our staff fully supported Harry to successfully move into his own flat.  Unfortunately during this time his PA was off sick, which impacted on the move but didn’t slow the process down.

Harry spent his last day moving out, setting up his home, and going out for dinner with a group of Family Care staff.  It was a fitting end to his 3-year journey with us.

He enjoyed reviewing those 3-years.  All the highs and the lows, and reflecting on the progress he had made.  Harry said he did not feel the move would have happened had he not received the level of support staff provided, which was a proud moment for us all.

We visited him over the next few weeks to ensure the transition process was completed in a time sensitive way.  He needed some ongoing support and by offering staggered availability and verbal support whilst settling, he was able to feel less isolated or lonely.

We invited Harry back to the home for visits and Sunday dinner.  Being part of the home for so long should not mean all ties are cut immediately because of a placement change.

For a vulnerable young adult with limited family support, sense of belonging, and trust issues, the long-term relationships made with staff and young people in the home impact on him.

Maintaining these connections helped Harry greatly.  He knows that we will be there to offer emotional support or counsel if he needs it. 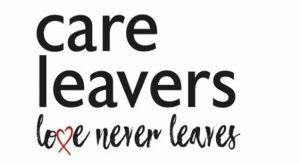 For more information about our children’s homes and the therapeutic models we use, visit our Residential services page.  You can also read our residential case studies.

Role of a Placement Officer